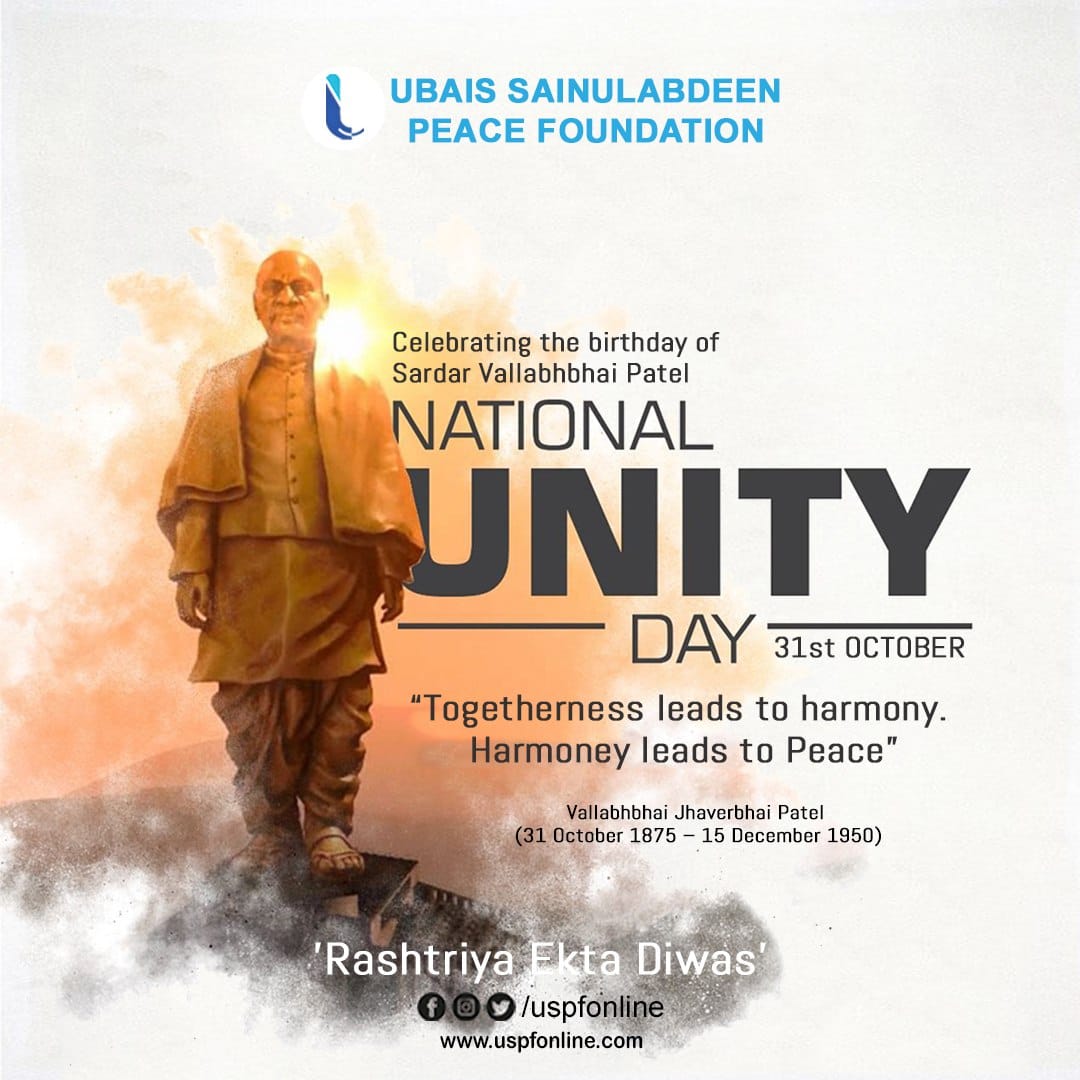 National Unity Day or Rashtriya Ekta Diwas is celebrated on October 31 every year since 2014 to mark the birth anniversary of the man who played a crucial role in the unification of India – Sardar Vallabhbhai Patel. Popularly known as the “Iron Man of India”, Sardar Patel was a lifelong member of the Indian National Congress who fought against the British Empire in India’s freedom movement. He was also the first Deputy Prime Minister and Home minister of independent India.

In the months preceding Independence and following it, Patel worked tirelessly to bring 562 princely states into the fold of the Union of India. For his incredible efforts, the government of India introduced the National Unity Day in 2014. The Home Ministry in an official statement said that the day “will provide an opportunity to re-affirm the inherent strength and resilience of our nation to withstand the actual and potential threats to the unity, integrity and security of our country.”

On this day in 2018, Prime Minister Narendra Modi unveiled a 182m-tall statue of Sardar Vallabhbhai Patel called the Statue of Unity, which is the tallest statue in the world, on the bank of Narmada River in the Kevadiya colony, facing the Sardar Sarovar Dam near the city of Vadodara. “It is a symbol of India’s integrity and resolve,” Modi said on the occasion.