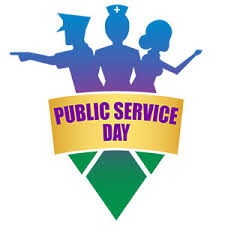 The United Nations’ Public Service Day is held on June 23 each year. It recognizes that democracy and successful governance are built on the foundation of a competent civil service. The day aims to celebrate the value and virtue of service to the community.

Many public service organizations and departments around the world celebrate this day by holding various events to recognize the valuable role that public servants play in making improvements in society. Activities include: information days featuring stalls and booths about the public service; organized lunches with guest speakers; internal awards ceremonies within public service agencies or departments; and special announcements to honor public servants.

Public Service Day is a global observance and not a public holiday.

On December 20, 2002, the United Nations General Assembly designated June 23 of each year as United Nations Public Service Day (resolution 57/277). It encouraged member states to organize special events on that day to highlight the contribution of public service in the development process.

The United Nations Public Administration Network (UNPAN) uses a special logo for Public Service Day. It features two columns, one on the left side and one on the right side, and in between are a pair of hands outlined in orange in a flame-like manner. These hands surround three blue human figures. The figure in the middle depicts a woman and the two other figures, one on each side of the woman, are male. The word “Public”, which joins the two columns, is written above the heads of the figures, which are standing on or supported by the word “Service” in capital letters, which joins the two columns. A smaller version of UNPAN’s main logo is located above the word “Public”.

UNPAN’s main logo, in blue and white, is similar to the logo on the UN flag. It features a projection of a world map (less Antarctica) centered on the North Pole, enclosed by olive branches. The olive branches are a symbol for peace, and the world map represents all the people of the world.