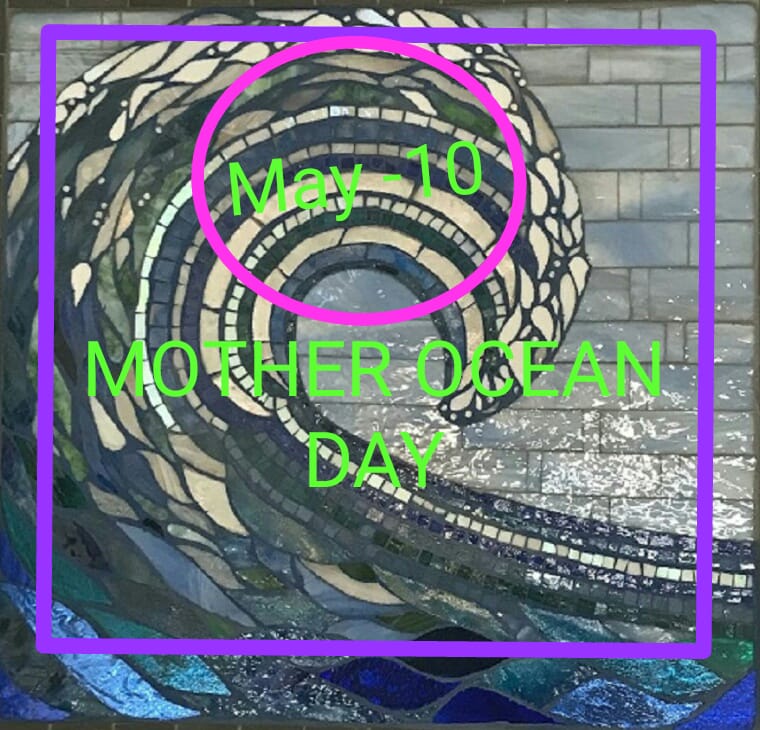 Water is essential to human life. In fact, it is essential to all of the forms of life known to humankind in general, as there are no known species that can survive without it.

Though marine biologists are unsure just how many kinds of creatures reside in our planet’s 5 oceans, it is estimated that about one-quarter of all of the Earth’s species do. Not to mention how very important the oceans are to our civilization—for thousands of years, braving their waters has been one of the bravest feats a human being could accomplish, one that often led to amazing discoveries and the general increase of our knowledge of the planet we inhabit.

For all of these reasons and many, many more, Mother Ocean Day is a long-overdue celebration of our oceans in all of their majesty and peril.

Mother Ocean Day is relatively a new celebration, as it was introduced for the first time in 2013. It is a concept thought up by the South Florida Kayak Fishing Club that has since sought the approval of the City of Miami to declare this a day official. The point, of course, is to take a day to celebrate the beauty and wonder of the ocean, and it is no surprise that inhabitants of Florida were the ones to come forward with this idea, as Florida is famous for particularly gorgeous white sand beaches and clear, aquamarine waters.

Every year, there is a different theme that is selected for Mother Ocean Day. Some of the different themes that there have been over the years include the likes of…

*Why is the ocean so important?*

The ocean is not purely there for us to swim in and enjoy. It is critical for the survival of our plant, and it has been taken for granted for too long now! There are five oceans that make up our planet – the Antarctic or the Southern Ocean, as well as the Arctic, Indian, Pacific, and Atlantic oceans. Did you know that these five oceans cover around 70 percent of the Earth? Moreover, did you know that the ocean is responsible for producing more than half of the world’s oxygen? If that was not enough, it also absorbs 50 times more carbon dioxide when compared with our atmosphere.

The ocean is also responsible for helping with the regulation of the Earth’s climate, with the vast coverage of the ocean able to transport heat from the equator to the South and North poles. This will regulate the weather patterns as well as the climate. And, of course, we cannot mention the ocean without speaking about the life that calls it home! This includes everything from the sea turtles in the Pacific to the manatees in the Atlantic ocean.

*Fascinating facts about our oceans*

The ocean is a truly fascinating place. To illustrate this, we have put together a collection of exciting and surprising facts about the ocean…

We still only know a fraction of our oceans’ marine species. There are now 240,470 accepted species in accordance with the World Register of Marine Species. However, it is believed that this is just a very small portion of the species that are in existence.
There are more historic artefacts under the ocean than in museums all around the world. There are actually around 1,000 shipwrecks just off the Florida Keys alone! There have been a number of underwater museums that have been created over the years. This includes the Christ of the Abyss, which is a submerged bronze statue in the Mediterranean.
The longest chain of mountains is virtually entirely beneath the ocean. This is known as the Mid-Ocean Ridge. It stretches across a distance of 65,000 km. it is believed that the Mid-Ocean Ridge is less explored than the surface of Mars or Venus.
Less than five percent of the oceans on the planet has been explored. Yes, we’re getting to know our oceans more and more, yet there is still a lot that has not been discovered.
Did you know that the majority of life on Earth is aquatic? It may come as no shock when you consider the fact that so much of the surface of the Earth is underwater. Nevertheless, it is still incredible to think that 94 percent of our living species exist within the ocean!

*How to celebrate Mother Ocean Day*

There are many things people can do on Mother Ocean Day, what’s important is to pay homage to this incredible force of nature and enjoy what it has to offer to the full. Taking to the waves, whether this be on a boat or a surfboard, is one way to enjoy the day. Snorkeling and diving are both unforgettable ways to get to know the ocean better by taking a look at some of the plants, fish and other creatures living in it. If you prefer to stay on dry land, a picnic on the beach enjoying the calm, soothing sound of the waves could be the perfect way for you to appreciate the ocean. Just remember to clean up afterwards! And for those who wish to celebrate the day from the comfort of their own home, eating a meal made from foods of the ocean, such as fish and shellfish, could be a deliciously appropriate way to go about observing this occasion.

For example, have you ever tried langoustines? Langoustines are an excellent alternative to lobsters, as they are much cheaper, but have a similar flavor some chefs even find superior to lobster because of its delicate sweetness. They are also surprisingly easy to prepare—all you really need is some salty water to briefly boil them, and some garlic butter to brush over them. If you love your barbecue, langoustines can also be barbecued and then dipped in a simple dijon mustard sauce. Originally, langoustines were eaten in Europe, but they have recently become popular in North America as well, so if you have never tried them, this day is the perfect time!

However, regardless of whether it’s Mother Ocean Day or not, we should always respect the oceans and the beaches leading into them by never polluting them in any way, so future generations can enjoy them as much as we do today.