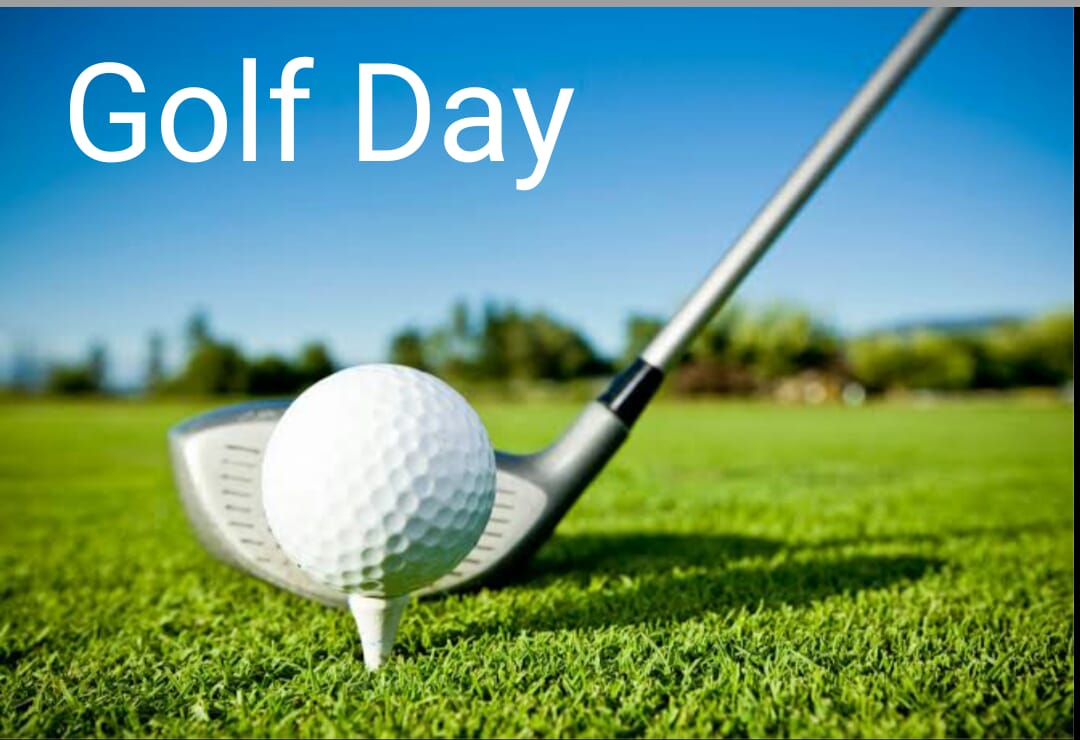 Its time to pull those clubs out of storage, dust them off, and get ready to hit the green again! That’s right; it’s Golf Day! Heralding the beginning of the more Golfer friendly part of the year, Golfers Day’s origin is shrouded in the myth and legend of this particular sport.

Some people say its origins lay in 1916 when the first professional golf tournament was held on this day. Others claim that the first tubular steel golf club shaft was allowed to be used in championship play for the first time on this day. Whatever the case, get on your favorite Golf Sweater, it’s time to play hooky from work and tee off!

The history of Golf is agreed upon to a certain point. But its ancient history is as contested as your partner’s Birdie. The accepted history of the game goes back to 15th century Scotland, though it has the ignoble origin of being banned by James II in 1457, it would seem his majesty felt that this fine game was serving to distract his men from the more gentlemanly art of archery. But this is only the first occurrence of it being mentioned as ‘Golf’, there are games that are at the very least identifiable as progenitors coming from the Romans and Chinese, and potentially even the Persians.

Despite its often frustrating gameplay, even if you have been playing the sport for years and know your home course inside out, it’s no wonder that golf became as popular as it has done. It allows players to get some low-impact exercise, taking a leisurely stroll around the course. There is a chance for fresh air, socializing, but there is also a mental benefit.

Not only is golf excellent for light exercise, but also your brain. To an outsider, it may not seem too much goes into a successful golfer. You put the ball down; you look, swing, and hit. But the intricacies run much deeper than that.

Golf requires a cool head, and understanding of distance, depth of vision, wind resistance, and knowing your abilities. Just because you can lift 425 pounds on the weight bench doesn’t necessarily mean you’ll be able to whack the ball from tee to green in one shot. Technique and years of practice, also go into it.

But even these skills aren’t always enough. Golf is, famously, a game that rattles the psyche of even the coolest of heads, and all it takes is one lousy hole transforming into a whole back nine of bad holes to throw you entirely off your game.

How to celebrate Golf Day

So if it’s so infuriating to play, why do people still do it? Are golf players masochists? They could very well be. But perhaps the more pertinent point is that when golf is good, it’s really, really good. When you are in the zone, you feel like nothing can stop you, and you remember why you put in the hours at the driving range, why you splurge so much of your money on clubs, balls, bags, shoes, viewfinders, and club membership fees. When you’re in form, it’s a game that makes you feel alive.

This is why golfers will put up with weeks or even months of bad form. They love to enjoy the rush that comes with Pars, Birdies, Eagles, and even fabled Hole-in-Ones that only a select few will experience in their lifetime. It is for these reasons that golf has persisted, and likely will persist for as long as we can reasonably imagine.

The game of Golf is played upon a course that has a certain number of goals to reach. Each of these goals contains a hole precisely 4.25” in diameter. This may seem an arbitrary number, and in fact, it is! The size of a hole in golf was determined by the size of a pipe used to reinforce a crumbling hole in St. Andrews, and thus it has been such ever since! The hole is located in a special place on the course known as the green, so named for the specially tended grass that makes it stand out from the rest of the course.

Throughout the course are varying terrain and hazards, from pools of water to pits of sand, there are many areas that get in the intrepid golfers’ way as he tries to get from the beginning of the course to the coveted hole at the end. A golf course typically consists of 18 holes, but 9 hole courses exist, merely requiring you to play through them twice for a full round of 18 holes.

With courses all over the world, golf is also a highly accessible sport, even though many people might consider it more for the middle and upper classes.

For smaller courses, known as Pitch ‘n’ Putts, where you only need two clubs, the owners will typically offer these to rent with the payment. Similarly, Miniature, or ‘Crazy’ Golf is something found all over the world, both at the seaside and in the city. Driving ranges are also readily available at local clubs so that you can get to grips with your form and technique, and Par 3 courses give you a decent introduction to the game before battling a standard 18 hole course.

A set of clubs is not nearly as expensive as it once was, and if you play every week, or even several times a week, you’re sure to get your money’s worth from the investment. If you never took to other sports, such as soccer or baseball, golf is a wonderful alternative that you can play – mostly – all year round, depending on where you live.

Everyone who has heard of Golf has no doubt heard of the various types of clubs, even if only in old cartoons or in off-color jokes.

There are three basic types of golf clubs, the first being those known as ‘woods’, which are clubs with long shafts and large heads, intended to drive the ball over long distances from open lies, such as a fairway or tee box.

The next type is known as ‘irons’, is a type of club with a short shaft and ahead of solid metal with a mostly flat striking surface. These can be used for many sorts of shots, but are typically used for short distances when approaching the tee.

The last type is called the ‘putter’, a club designed specifically for the purpose for which it was named, putting the ball across the last stretch of green into the much-coveted hole.

Whether you’re a seasoned golfer or new to the sport, this day would be the perfect day to get out to the green and play a few holes. Just remember to wear your golf shoes, argyle socks, and sweater vest! A golfer needs every bit of luck they can get! We’ll see you at the 19th hole to celebrate the most gracious of golfing days.

May -06 International No Diet Day