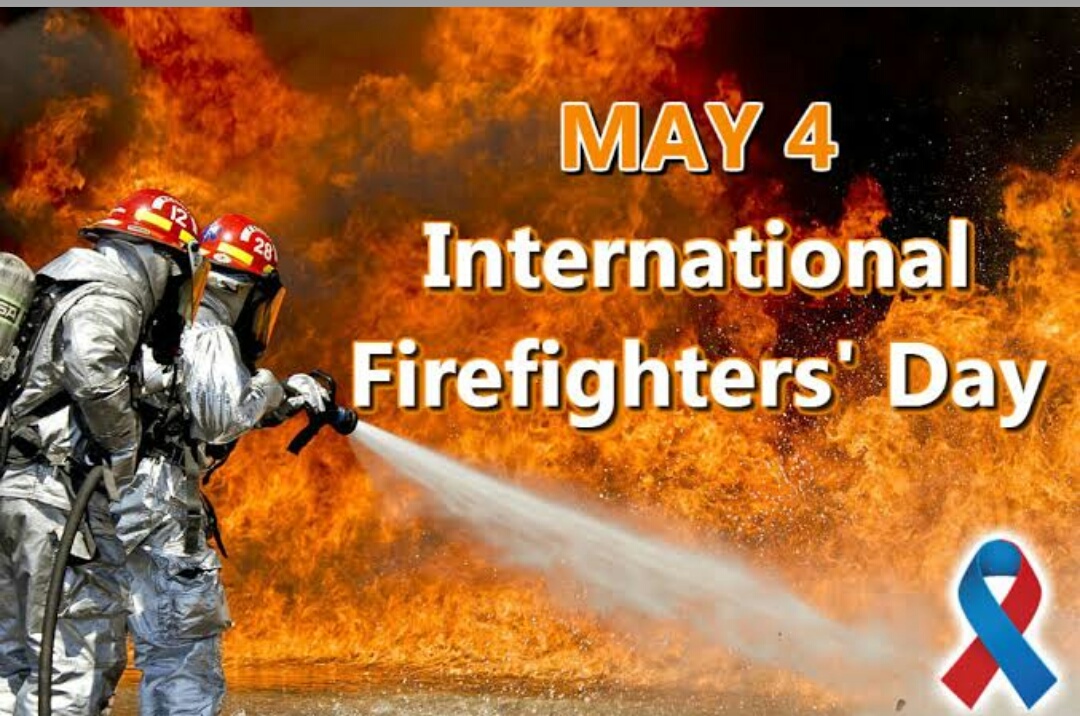 The role of a firefighter in today’s society–be it urban, rural, natural environment, volunteer, career, industrial, defense force, aviation, motorsport, or other is one of dedication, commitment, and sacrifice–no matter what country we reside and work in. In the fire service, we fight together against one common enemy–fire–no matter what country we come from, what uniform we wear or what language we speak.

LT JJ Edmondson, firefighter, and creator of Firefighters Day
Nobody could have put what it means to be a firefighter as well as this courageous woman did. Most of us would risk our lives for those we love—family members, friends, pets. But could you imagine risking severe injury or even death for someone whom you don’t know at all? Could you imagine going into a burning building to rescue a stranger, knowing you may not come out?

Could you imagine climbing a tree in a burning forest just to save a defenseless animal too frightened to come down on its own? These are things firefighters do every day, and though we likely see them as acts of pure heroism, for firefighters, they’re just part of the job. Few people deserve to be celebrated as much as these heroic men and women do, so let’s all make sure to celebrate Firefighters Day in their honor!

The first organized professionals whose job it was to combat structural fires lived in Ancient Egypt–however, at the time, firefighters worked for private companies that provided their services only to those who could afford them. Later, in Ancient Rome, Ceasar Augustus revolutionized firefighting by calling for the creation of a fire guard, called the Vigiles, that was trained, paid, and equipped by the state.

Firefighters Day was created in 1999 after 5 firefighters died tragically during a wildfire in Australia when the direction of the wind changed suddenly and engulfed them in flames. It is celebrated on May 4th because that is Saint Florian’s day, and Saint Florian, who was said to be one of the first commanding firefighters of an actual Roman battalion and saved many lives, is the patron saint of firefighters.

The incident that led to the creation of this date happened on the 2nd of December, 1998, in Linton Community, Australia. The event was so tragic that it shook the entire world. Linton is a populated area in Victoria, Australia, and firefighters at the time were tackling a massive bush fire. They called for mutual aid. This resulted in the Geelong West Fre Brigade coming to the scene. They did not know the tragedy and despair that was awaiting them.

Matthew Armstrong, Jason Thomas, Stuart Davidson, Chris Evans, and Garry Vredeveldt all loaded into a truck. They were sent to help extinguish the flames as part of a strike team. However, as they made their way into the hot zone, the wind switched direction suddenly, which resulted in the truck being engulfed in flames, with all five members losing their lives. It was an extremely tragic event, and it resulted in the birth of a day to celebrate firefighters and everything they do for us. After all many other firefighters have lost their lives in the field.

*The symbol of Firefighters’ Day*

The International Firefighters’ Day has a significant symbol associated with it, and this is the blue and red ribbon. The ribbon is cut precisely to one cm in width and five cm in length, with the two different colors join at the top. Blue and red were selected by JJ Edmondson because of the symbolization associated with the colors. Blue is designed to represent water whereas the red represents fire. Not only this, but the two colors are also recognized around the world as a symbol for the emergency services. Therefore, it was decided that there was no better color choice!

The ribbon is typically worn on the fold of the fabric on a shirt, i.e. the lapel. However, it is not restricted to a certain spot. You can wear it wherever you feel appropriate, be it a different part of your shirt or your cap, for example. A lot of people also place them from their car mirrors or windows, as well as the trees in their garden. No matter whether you decide to place these ribbons, they represent a simple yet effective way of showing your support for firefighters all around the world.

*How to celebrate Firefighters’ Day*.

There are many great ways to celebrate firefighters on this day. Most of all, this day is about showing our appreciation for their service, risks, and sacrifice, so find a way to make sure your local firefighters know how much you value them! As always, it’s the thought that counts and small gestures go a long way, so even bringing a cake down to the fire hall would be a nice thing to do. You could also consider donating money to one of the many firefighter charities out there, some of which help firefighters injured in the line of duty get the medical treatment they need and return to health.

Other firefighter charities help retired firefighters live comfortable lives after years of risks they took for others. You can also raise awareness about the dangers firefighters bravely face every day by wearing a red and blue ribbon—the colors of water and fire, respectively. There are also a lot of different craft projects that you can enjoy on Firefighters Day that are based on the symbol of the day. Wearing a ribbon, baking a cake or donating a few dollars to a charity may not seem like particularly impressive gestures to you, but they will likely mean the world to those who work tirelessly for their communities.

You could also use this time to educate yourself about some of the heroic acts of firefighters, whether in your area or around the world. All you need to do is a quick search on the Internet and you will be able to read about some amazing heroic firefighter stories. This includes heroes who have risked their lives to save newborn babies from burning buildings, as well as the firefighters who have been involved in high-profile incidents that have happened around the world, with the tragic Grenfell Tower fire and the Australian bush fires being two of the most recent tragedies. Pay tribute to the amazing firefighters as well as those who have tragically lost their lives.

Show the firefighters of the world a little gratitude and celebrate Firefighters Day with us!