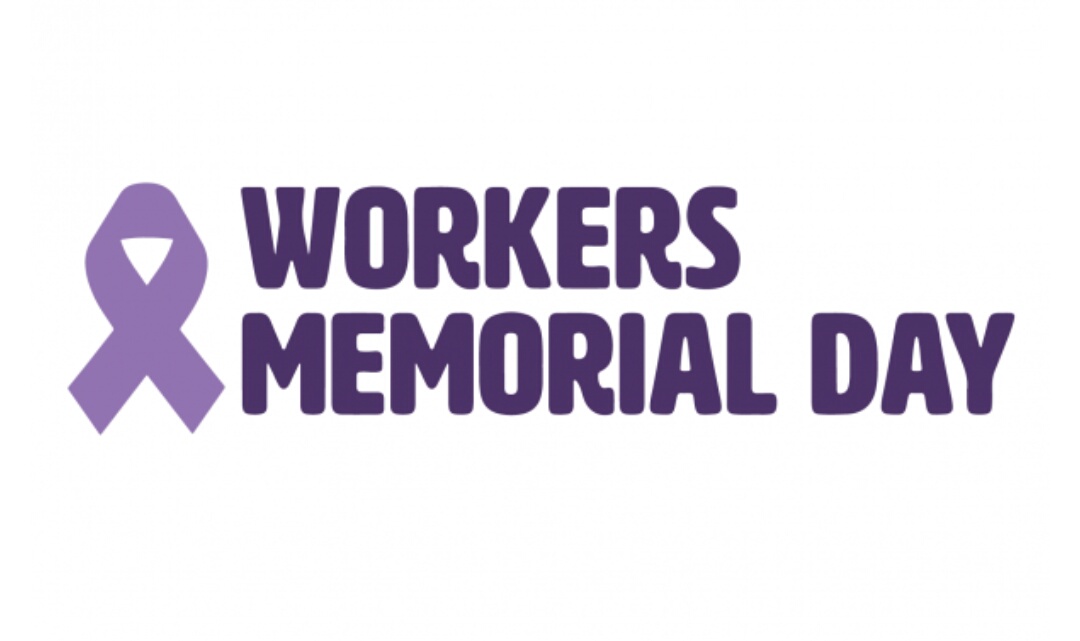 Workers’ Memorial Day is an opportunity to highlight the preventable nature of most workplace incidents and ill health and to promote campaigns and union organisation in the fight for improvements in workplace safety. The slogan for the day is Remember the dead – Fight for the living.

Although April 28 is used as the focal point for remembrance and a day of international solidarity, campaigning and other related activities continue throughout the year right around the world.

In 1989, the AFL-CIO declared April 28 “Workers’ Memorial Day” to honour the hundreds of thousands of working people killed and injured on the job every year. April 28th is the anniversary of the date the Occupational Safety and Health Act of 1970 went into effect, and when the Occupational Safety and Health Administration was formed (April 28, 1971). Previously,in 1984, the Canadian Union of Public Employees (CUPE) established a day of mourning. The Canadian Labour Congress declared an annual day of remembrance in 1985 on April 28, which is the anniversary of a comprehensive Workers’ Compensation Act (refer to the entry Workplace Safety & Insurance Board), passed in 1914. In 1991, the Canadian parliament passed an Act respecting a National Day of Mourning for persons killed or injured in the workplace, making April 28 an official Workers’ Mourning Day.

International recognition
For years Workers’ Memorial Day events have been organised in North America, and then worldwide. Since 1989, trade unions in North America, Asia, Europe and Africa have organised events on April 28. The late Hazards Campaigner Tommy Harte brought Workers’ Memorial Day to the UK in 1992 as a day to ‘Remember the Dead: Fight for the Living’. In the UK the campaign for Workers’ Memorial Day has been championed by the Hazards Campaign and taken up by trade unions, adopted by Scotland’s TUC in 1993, followed by the TUC in 1999 and the Health and Safety Commission and Health and Safety Executive in 2000.

Workers’ Memorial Day is now an international day of remembrance of workers killed in incidents at work, or by diseases caused by work, and annually on April 28, Workers’ Memorial Day events are held throughout the world. Some examples include active campaigning, and workplace awareness events. Public events include speeches, multi-faith religious services, laying wreaths, planting trees, unveiling monuments, balloon releases, raising public awareness of issues and laying out empty shoes to symbolise those who have died at work.