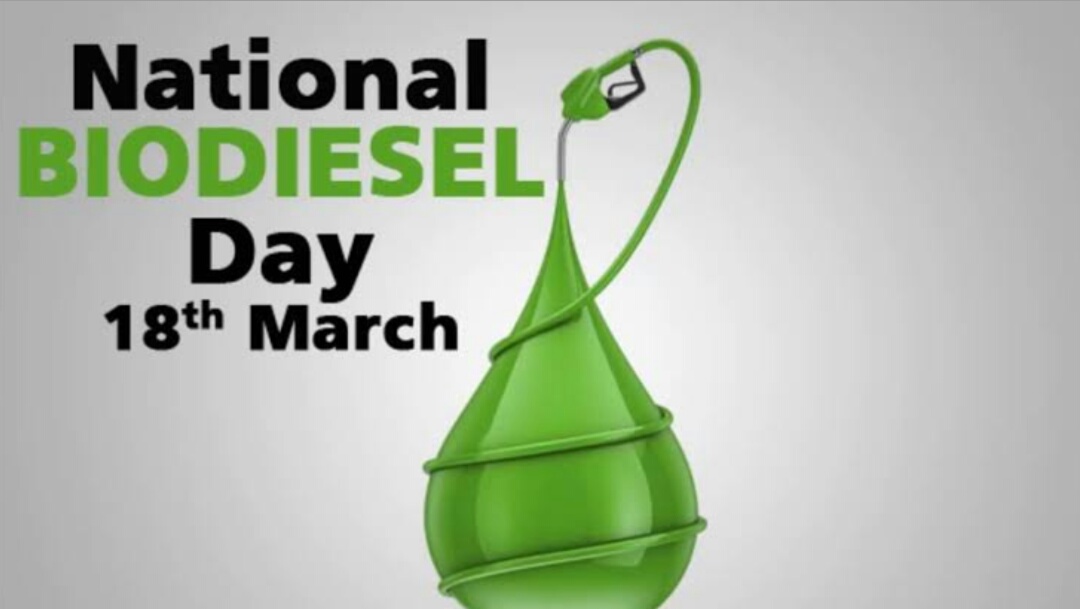 Each year, National Biodiesel Day on March 18th commemorates the birthday of Rudolf Diesel and a few that continue to gain a growing interest across the country and around the world.

Rudolf Diesel invented the diesel engine and unveiled it at the World Fair in 1900. he engine was originally designed to run on peanut oil, and R. Diesel was a big believer in the role plant oils could play in fueling America.

In a 1912 speech, Diesel said, “…the use of vegetable oils for engine fuels may seem insignificant today, but such oils may become, in the course of time, as important as petroleum and the coal-tar products of the present time.”

Biodiesel is a cleaner-burning, petroleum-free alternative to diesel that can be made from animal fat, vegetable oil, and recycled cooking oil. It is reducing U.S. dependence on imported diesel and creating green jobs as well as improving our environment. Biodiesel is America’s first advanced Biofuel and has become an increasingly popular fuel. Some of the benefits of biodiesel include:

provides fuel from domestic and sustainable resources
reduces imports
reduces emissions
accessible in nearly every state in the U.S. and growing
few to no modifications necessary to diesel fleet vehicles to start using biodiesel
renewable
cost-effective